Phoneme Segmentation Pt.1 – What you need to know

WHAT IS #phoneme #segmentation ? Phoneme segmentation is the ability to break words down into individual #sounds . For example, a child may break the word “sand” into its component sounds – /sss/, /aaa/, /nnn/, and /d/ 音素セグメンテーションとは何ですか？ 音素セグメンテーションは、単語を個々の音に分解する機能です。 たとえば、子供が「砂」という単語をその構成要素の音に分解する場合があります– / sss /、/ aaa /、/ nnn /、および/ d / It’s the difference between correctly pronouncing the word “sand” and mispronouncing it “su-an-un-do” as it would be improperly pronounced in a katakanized sound! これは、「砂」という単語を正しく発音することと、カタカン化された音では正しく発音されないために「スアンウンド」と誤って発音することの違いです. WHY ARE PHONEME SEGMENTATION SKILLS IMPORTANT? Phoneme segmentation is essential in developing reading and spelling skills. In order to write or type words, children must: • break the word down into its component sounds • select the letters that represent these sounds. Children who have strong phonemic awareness skills demonstrate better literacy growth. 音素セグメンテーションスキルが重要なのはなぜですか？ 音素のセグメンテーションは、リーディングとスペリングのスキルを伸ばすために不可欠です。の 単語を書いたりタイプしたりするには、子供は次のことをしなければなりません。 •単語をその構成音に分解する •これらの音を表す文字を選択します。 強い音素認識スキルを持つ子供は、より良い識字能力を示します成長.

The Nine Sounds Of “A”
The letter “A” makes nine sounds, or, to be more accurate, it makes eight sounds, and then it can be silent. Most #phonetic #reading #programs teach only two or three sounds for “A”. Yet students will frequently come across all nine “A” sounds and need to know them if they are to read well. Before looking below, write down how many sounds you know. Sounds of letter ‘a’
Owing to the non-ideal phonemic orthography of English, the letter ‘a’ makes more than one sound. In fact, it makes five different sounds. Let us look at these nine sounds:The nine sounds of “A”:

#word Families for our Early Learners – Early #readers
U-Week
Brought to you by AmScEn @The American School Of English , International
Check us out on the web at : www.americanschoolofenglish.info

Today we’re going to do our last segment in our early learners—early readers program and, we’re ending it with “ug” family words

#Relax with the #calming sounds of the flowing waters of an isolated river/lake, cascading down...

#Word #Families for our #Early #Learners - #Early #Readers P-Week Check us out on the web at:...

Learn These Common “IT” Family Words

Why is it important to teach #wordfamilies? After children learn the #letter #sounds, they begin... 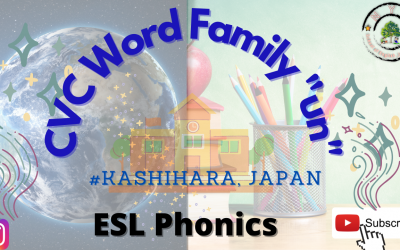 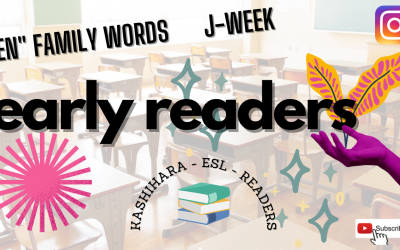 Today, we’re going to explore the “en” family! Our #VC word; then we’ll add a consonant to make it a #CVC word.
#CVCwords are three-letter words that follow a consonant/vowel/consonant pattern. CVC words are considered the simplest words for emerging readers to decode by blending the three sounds together. I have organized my CVC videos by the same vowel sound in the middle. These CVC words have the short #vowel sound e in the middle. 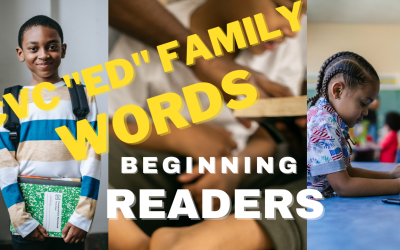 #CVCwords are three-letter words that follow a consonant/vowel/consonant pattern. CVC words are considered the simplest words for emerging readers to decode by blending the three sounds together. I have organized my CVC videos by the same vowel sound in the middle. These CVC words have the short #vowel sound e in the middle. 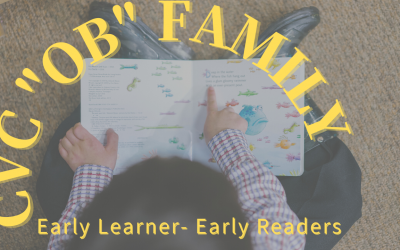 #Knowledge of #word #families helps #children #build #vocabulary. Instead of memorizing spellings and meanings of all words, they learn how to spot patterns, identify root words, and understand their common meanings or sounds. This helps in word recognition leading to the development of their reading fluency. 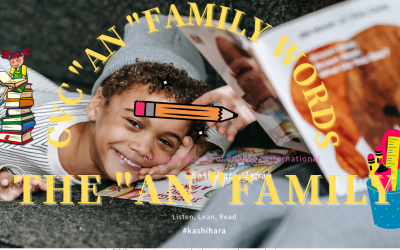 #CVCwords are three-letter words that follow a consonant/vowel/consonant pattern. CVC words are considered the simplest words for emerging readers to decode by blending the three sounds together. I have organized my CVC videos by the same vowel sound in the middle. These CVC words have the short vowel sound a. 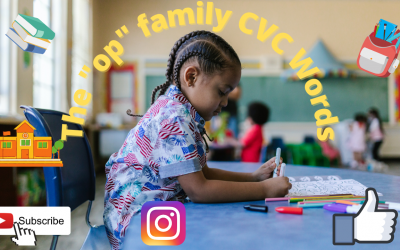 The ‘OP’ Family Words and Sentences

#CVCwords help introduce children to reading by first learning the sounds of the individual letters, and blending those sounds into one three-letter word. These words are great for introducing younger students to phonemic awareness, the ability to hear and manipulate the sound in words.

How Can You Teach CVC Words?
Teachers can use a few different types of activities to help facilitate learning and understanding of CVC words. This includes teaching students how to decode words, experimenting with replacing the consonants at the beginning and ends of the word to help them become more familiar with rhyming and similar-sounding words, and teaching students about word families.
Today, we’re focusing–learning the “op” family.

« Older Entries
Next Entries »
We use cookies on our website to give you the most relevant experience by remembering your preferences and repeat visits. By clicking “Accept”, you consent to the use of ALL the cookies.
Do not sell my personal information.
Cookie SettingsAccept
Manage consent

This website uses cookies to improve your experience while you navigate through the website. Out of these, the cookies that are categorized as necessary are stored on your browser as they are essential for the working of basic functionalities of the website. We also use third-party cookies that help us analyze and understand how you use this website. These cookies will be stored in your browser only with your consent. You also have the option to opt-out of these cookies. But opting out of some of these cookies may affect your browsing experience.
Necessary Always Enabled
Necessary cookies are absolutely essential for the website to function properly. These cookies ensure basic functionalities and security features of the website, anonymously.
Functional
Functional cookies help to perform certain functionalities like sharing the content of the website on social media platforms, collect feedbacks, and other third-party features.
Performance
Performance cookies are used to understand and analyze the key performance indexes of the website which helps in delivering a better user experience for the visitors.
Analytics
Analytical cookies are used to understand how visitors interact with the website. These cookies help provide information on metrics the number of visitors, bounce rate, traffic source, etc.
Advertisement
Advertisement cookies are used to provide visitors with relevant ads and marketing campaigns. These cookies track visitors across websites and collect information to provide customized ads.
Others
Other uncategorized cookies are those that are being analyzed and have not been classified into a category as yet.
SAVE & ACCEPT